I have 2 things to say… 1. Why are kids obsessed with picking their nose? and 2. Rowan has by far the longest eyelashes and plumpest lips ever. Lucky, girl! My Mom got Rowan this cute Jason Wu dress from Target for Christmas Eve this year. I love that it isn’t really all that christmasy and that she has been able to wear it since then too. I kind of wish I had this dress in my size as well.

Ever since Rowan became a big sister it’s been so apparent to us just how big she is. She has always had a big personality but in the last couple weeks I feel like it has doubled in size. The other day she had Kev and I laughing so hard at her silly toddler antics. She is such a ham.

Rowan is becoming very vocal about things she does and does not want to wear. I would have had her wear her chucks with this dress (love a little tomboy thrown in with super girly) but she only wanted her sparkle shoes. She is all girl, all the time. She loves princesses, sparkles, pink, stars and hearts. Ha! It makes me laugh because it’s so the opposite of me, but I love that she is creating her very own style. p.s. Rowan has the craziest hair. I am not quite sure what to do with it. I want it to grow out so I don’t want to cut it, but it has a life of it’s own. Most days she looks like a cross of a very old school Brad from Home Improvement and the guy from The Honorary Title 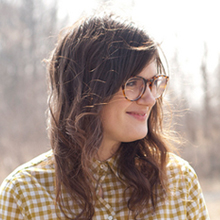