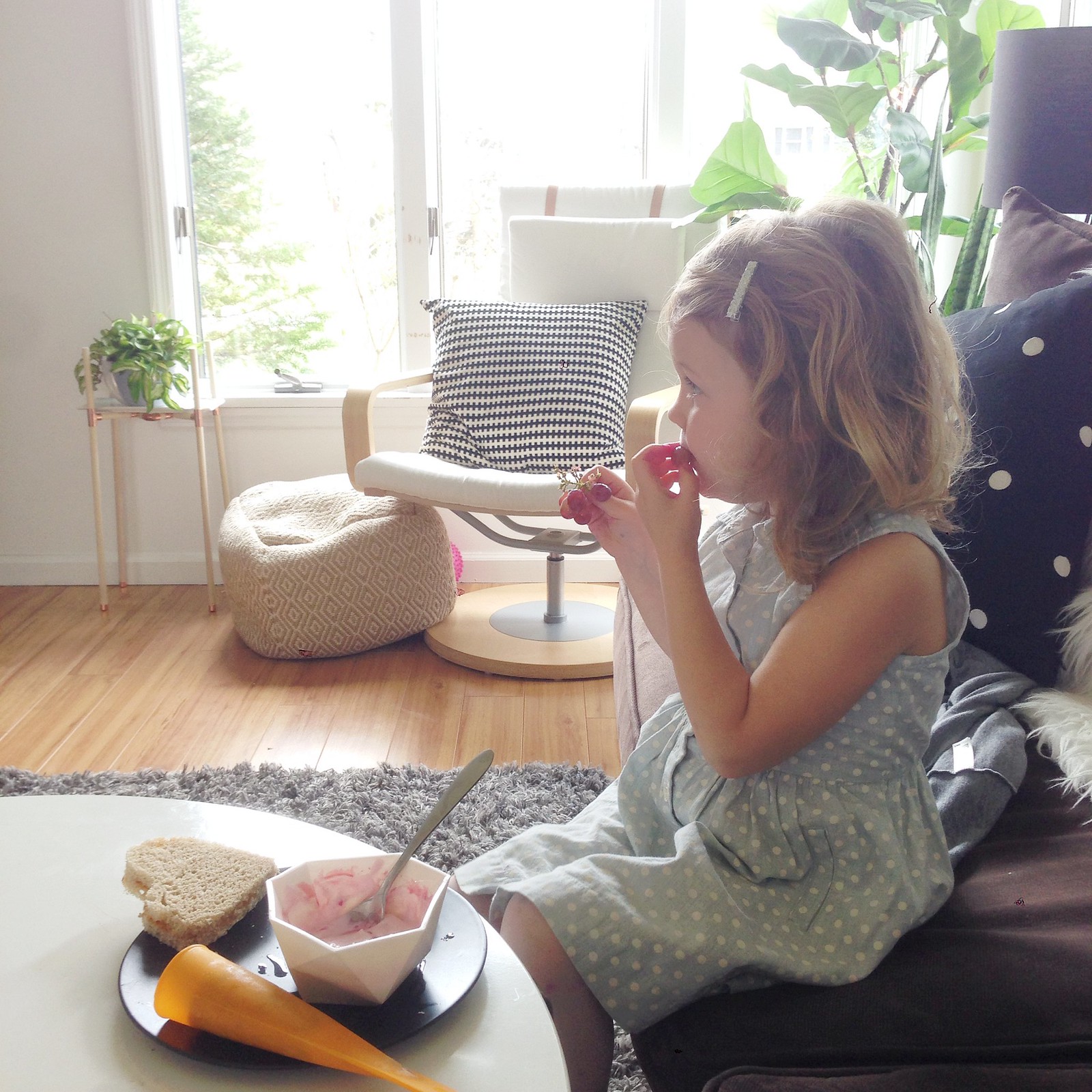 I’ve gotten a lot of questions about the girls and eating lately. So here goes… When Kev and I started eating clean, I wasn’t quite sure how it would play out with the girls. I don’t give them a lot of junk, but they do eat their fair share of cheddar bunnies, animal crackers, annie’s mac and cheese, etc. You know, the childhood staples. Organic or not even those items are processed and have quite a few ingredients. At first I thought I wasn’t going to worry about them as much. I was just going to feed them what was easy. Then I started feeling really convicted over it. If I didn’t want to eat processed food, why would I not care what they ate as well? All of a sudden “being easy” didn’t seem like a justifiable excuse anymore.

It’s been a slow road transitioning the girls, but I don’t think you should ever feel like it isn’t doable. Over the past 2 months I’ve slowly phased out all processed snacks from our house. It wasn’t a drastic change but as things got eaten, I just didn’t replace them. We ditched the eggos (even the vans ones), most cereal, those veggie sticks, pop chips (we make real popcorn), most crackers and carby snacks (brown rice cakes instead), etc… Actually, this change sort of started unintentionally about 6 months ago. Anyone have a kid that every 20 mins is asking for a snack? That is Rowan. I had decided that whenever she would ask for a snack, I would only give her options of fruit and veggies. If she wanted a snack that is what she could have. Sometimes she would say “yes” and sometimes it would be “no” but it was her choice.

Making that small change as far as snacks go helped set the tone for the rest of their meals. She loves almost all raw fruits and veggies and has no complaints when that’s what is offered to her. It’s what she asks for now. Honestly, my kids are picky too. I don’t have super kids by any means. So please don’t think “my kids would never eat like that”. It does take time, consistency and being a little strict at the beginning. I don’t make separate meals for them, I don’t let them choose something else to eat if they don’t like what I made for a meal. There are plenty of times during the day that I ask for their opinions over what food they eat. So at dinner I don’t feel bad about saying “this is it”. If they don’t eat it, they don’t eat it. It will be left out on the counter and later if they say they are hungry, their dinner is what they get. I don’t give in and give them snacks instead. I do take into consideration each kid though. I know Rowan doesn’t love when all her food is mixed. Say I was making a stir fry, I would just grab some of the veggies out and put them on the side next to the quinoa instead of mixing them up like I do for Kev and I. 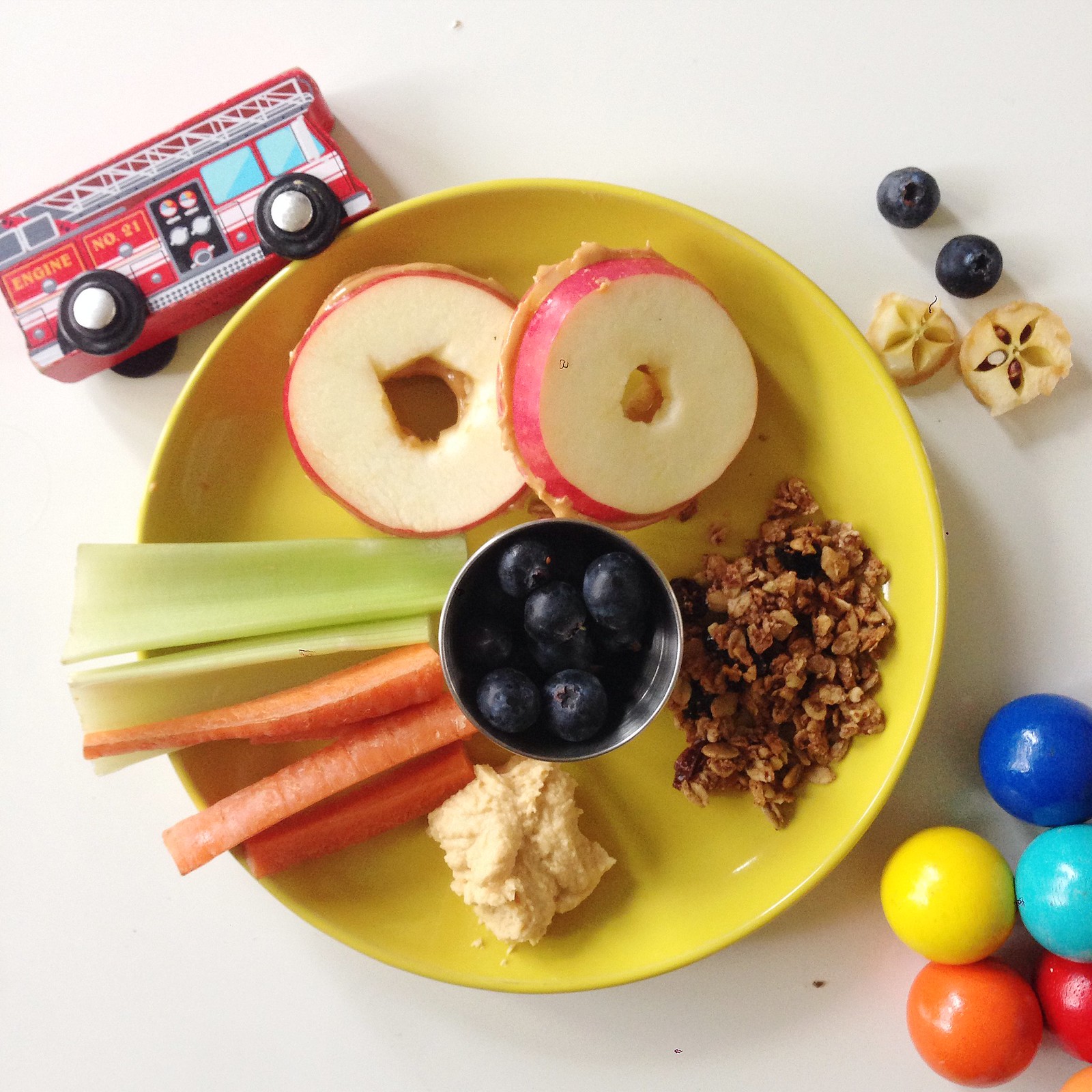 I am not above bribery either. If she eats all her dinner she can have dessert afterwards. Which is usually a popsicle, sorbet, or something else we have made from scratch. Popsicles are great. I blend a whole bunch of fruit, flax or chia seeds and freeze in these push pop tubes. They girls love them. I have the Oh She Glows cookbook and I love the almond butter cookies in there. We make those on special nights.

Some days the girls eat like champs and some days it’s frustrating for sure. My saving grace is smoothies. The girls LOVE them. I blend all kinds of fruits, veggies (mostly shredded carrots or beets), hemp seeds, flax, chia seeds, loads of greens and they slurp them right up. Sometimes I want to point and yell “gotcha!”. Finley especially. That girl can not get enough smoothie. A good trick to remember is citrus cuts the taste of greens. Zest or/and juice limes or oranges into your smoothies.

Lunch favorites:
Apple and PB sandwiches
cut up fruit
veggies and hummus (hummus is so easy to make yourself!)
beans
grilled cheese- we get loaf bread from a local bakery and cheese from the farmers market 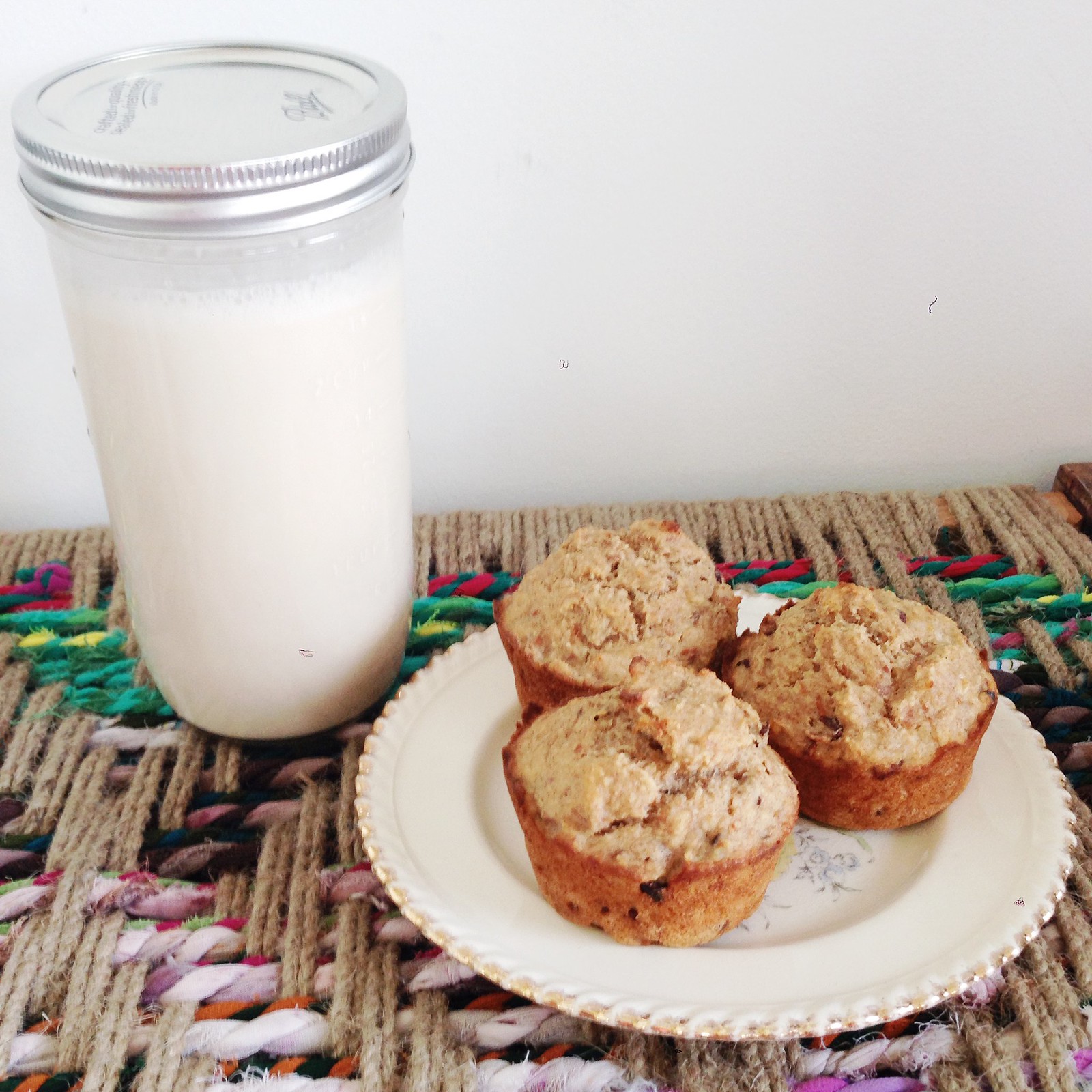 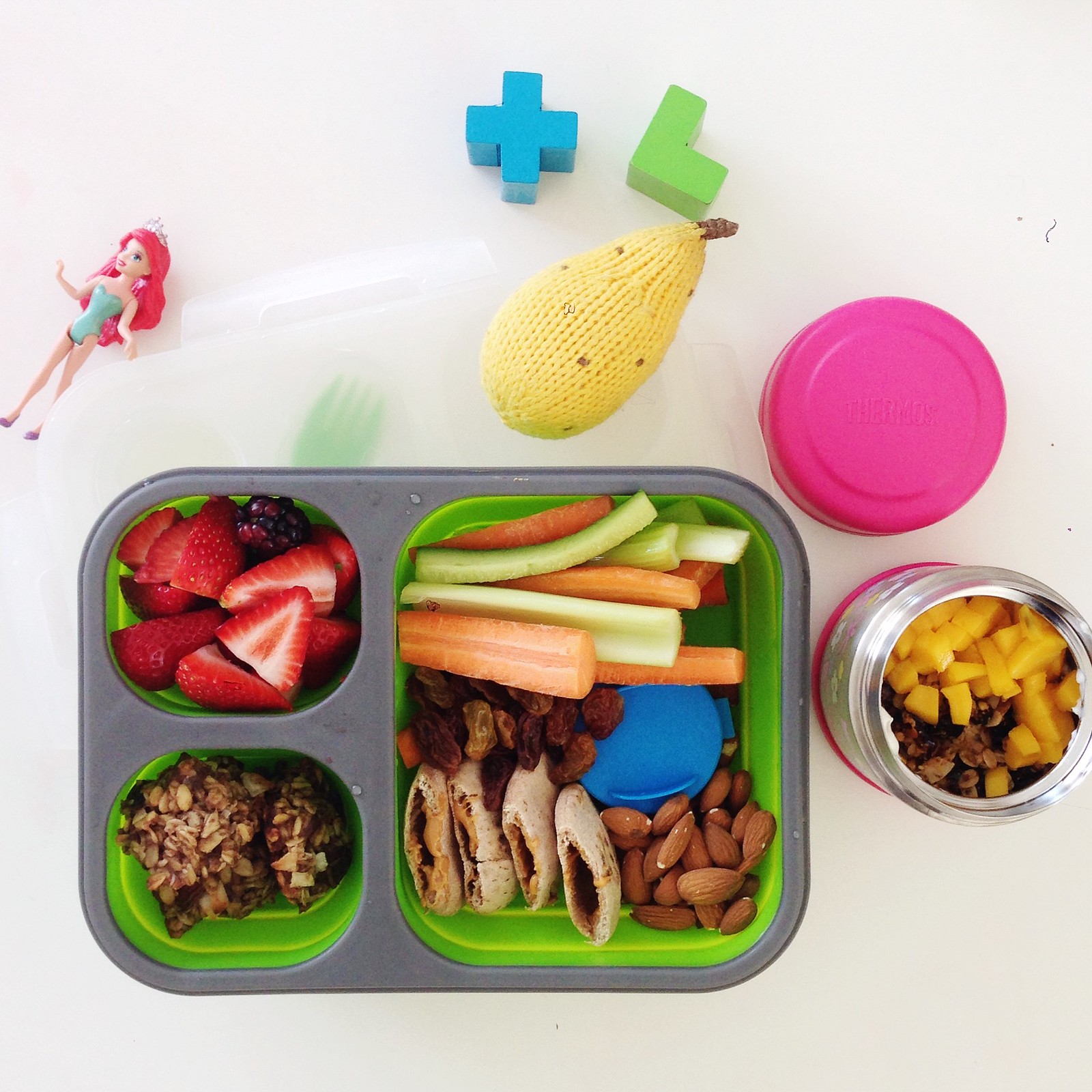 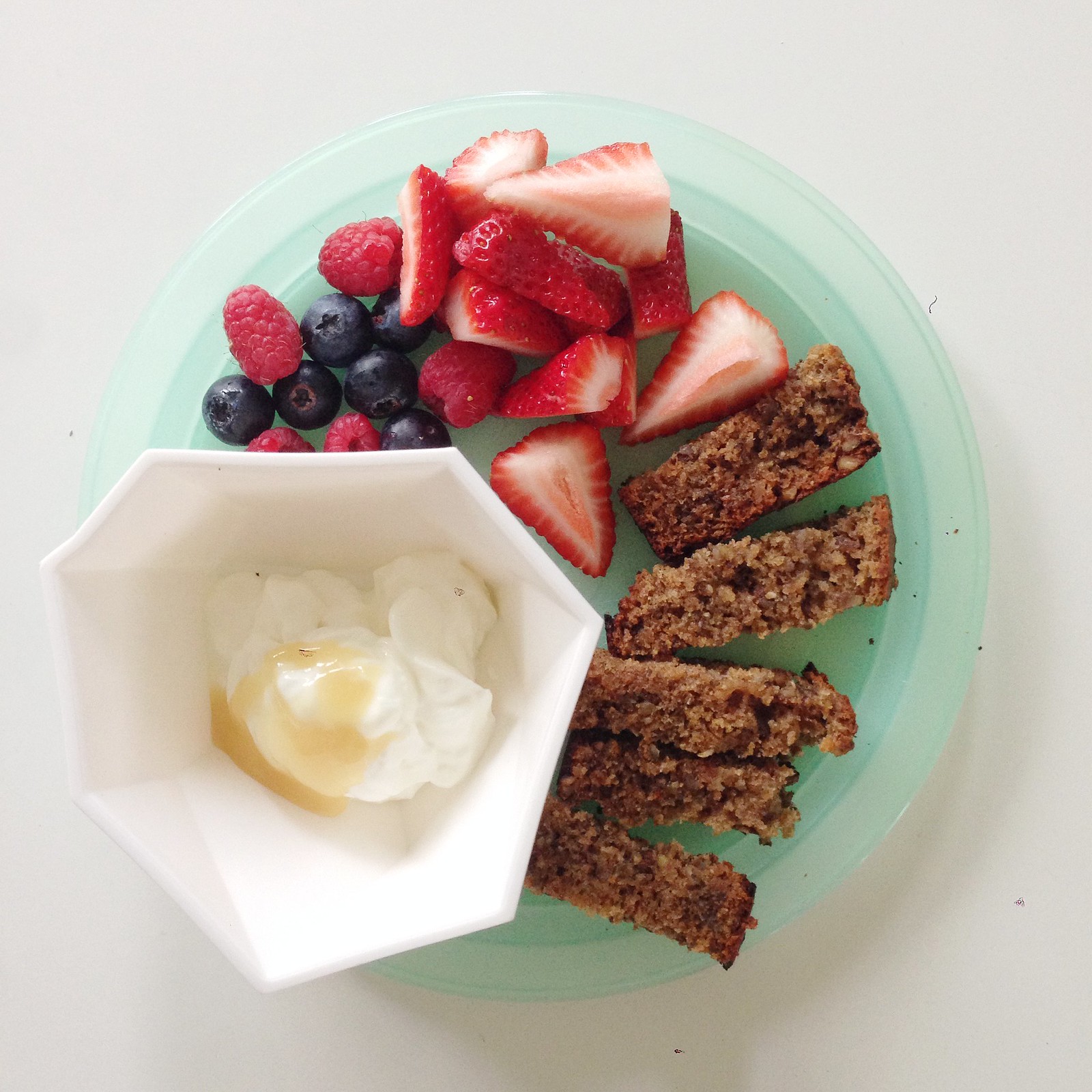 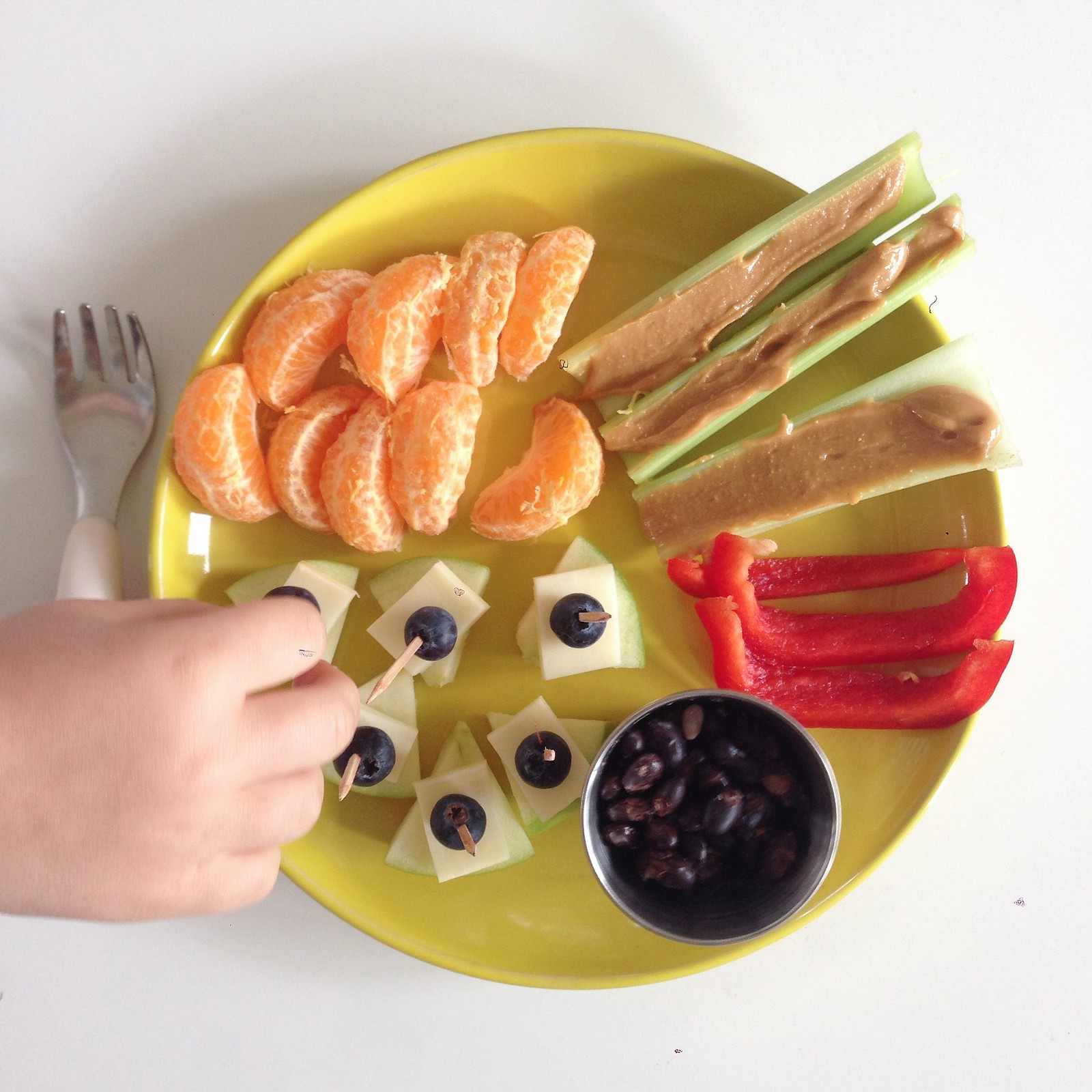 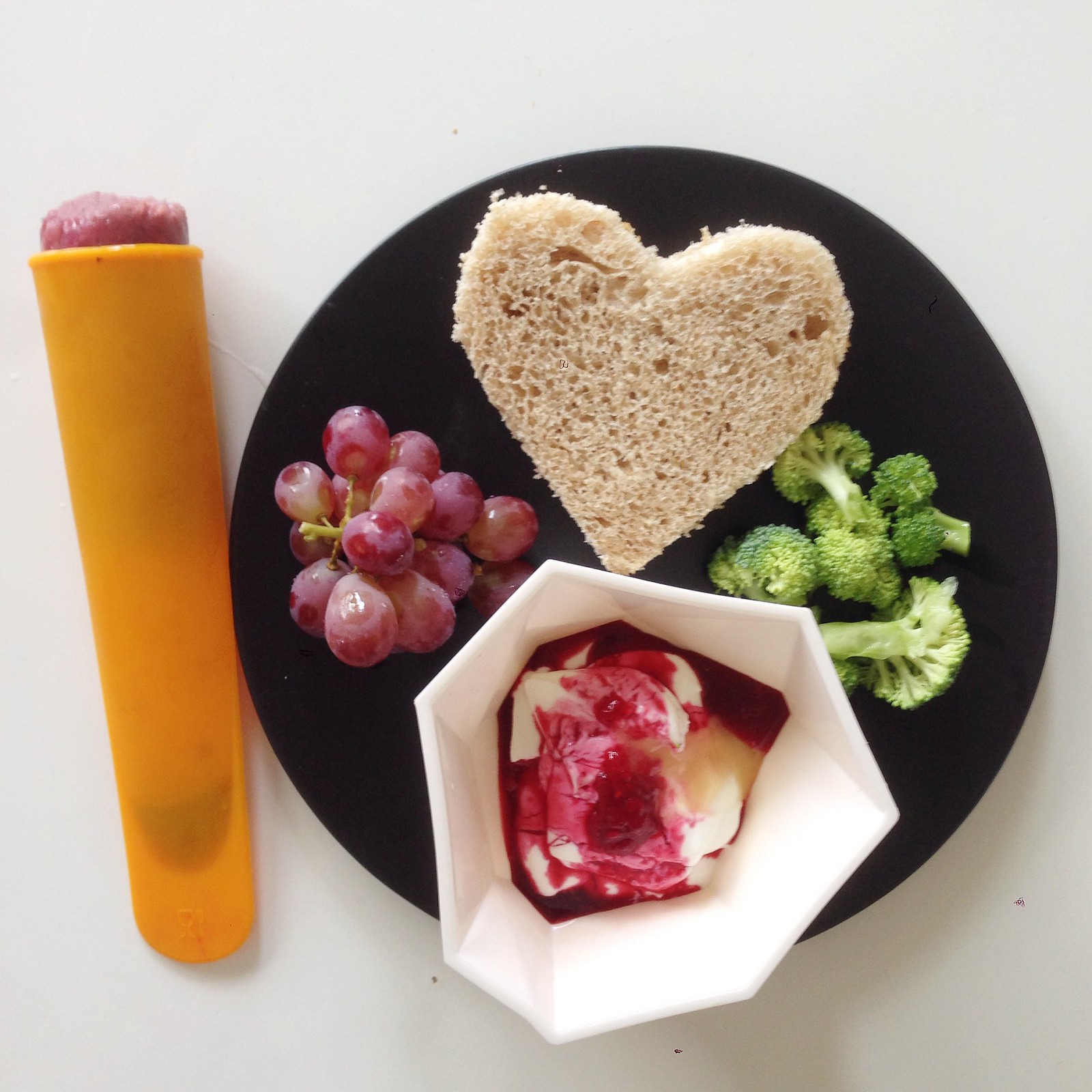 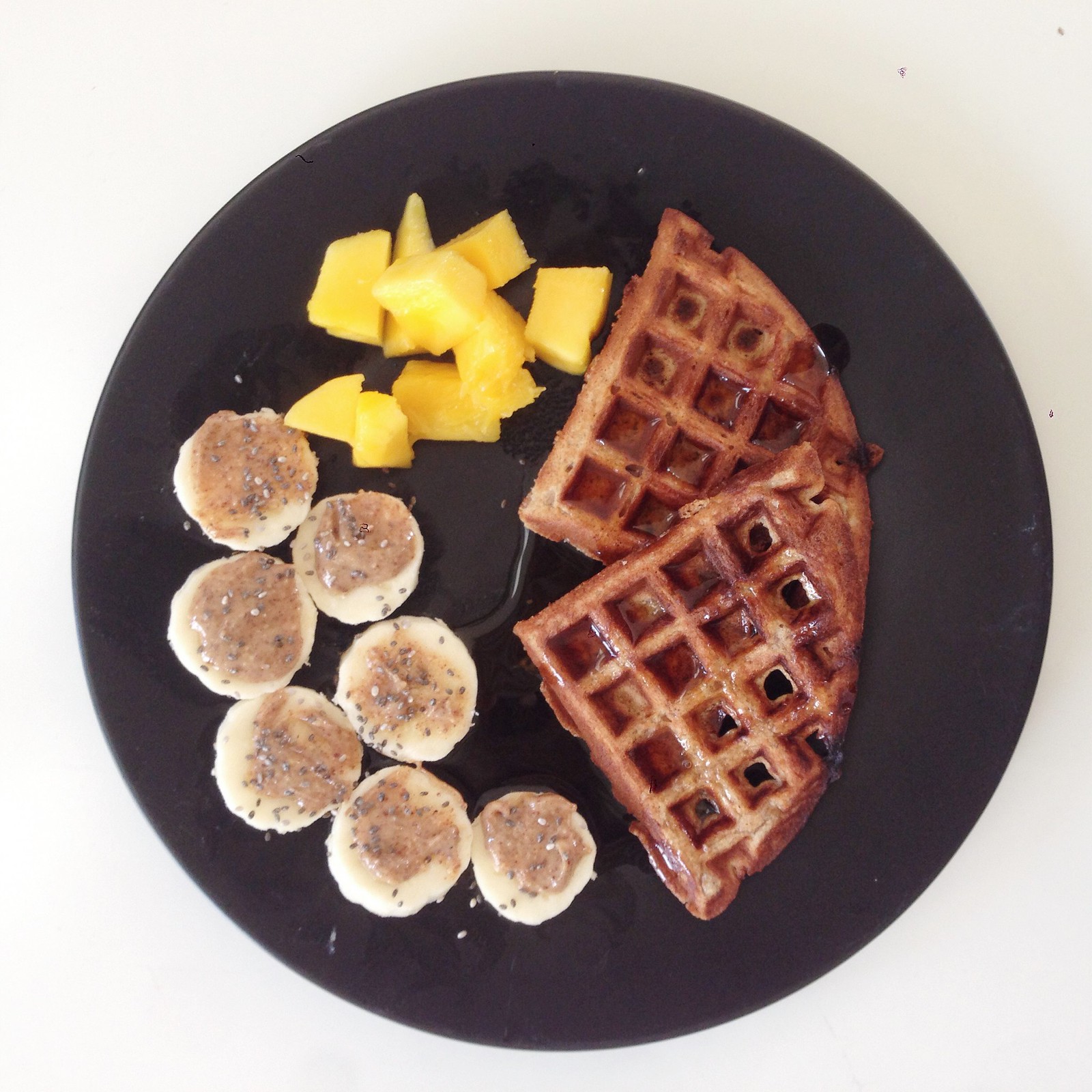 Note: When we are out at friends I am more lenient with what they eat. I would never be disrespectful and turn something away. The girls may eat what is being served. We do go out for ice cream and they get mac and cheese every wednesday night when our babysitter comes over for our foster care class. Soooo don’t worry that they aren’t getting treats. There is always a birthday, special holiday or something that involves sugary treats.

Even small changes are great! Maybe just start being more mindful about the number of ingredients (and what ingredients) are in what you’re buying. Follow along on instagram for lots of ideas! @jenloveskev #jenloveskeveats